As a girl, what would you like to say to the men of our society?

I would like to tell all those men that they deserve respect and I would like to thank them. Who gave a girl a safe environment in the form of a father and introduced a girl to a man in this world.As a brother, he played the role of a friend along with his father made life easier as a friend. As a husband, the girl introduced to femininity and motherhood.

When you softly hold our hand and say that I will always be with you.
When you worry about us and in some way succeed in expressing this concern.
Even when you are unaware of us, you are ready to help us.
When you stand ready to support us with a protective cover for your daughter / mother / mother everywhere.
When you understand our feelings without saying it

I would like to express my displeasure,Those who do not leave the women in any age feel uncomfortable with their movements and eyes.Those who refuse to love the love of the girl after chasing them badly and torture them in blind hatred and throwing acids, do vicious crimes like viral video clips. Whoever does not respect the qualifications of a girl just because she is a girl. Without honoring the post-marriage wife, the wife hunt for crimes like domestic violence and marital rape.

When your honor is reproached due to pseudo feminists.
When you complain about your sexual abuse, it is said that “What happens with such men?”
When you are in a dispute with a woman at the offices and public places without hearing your favor, you are convicted.
Whenever you are crying, you are told that ‘the man never weeps’.
When your sacrifice and actions are simply ignored by calling them the responsibility.
In the name of being ‘just friend’ you have financial and psychological abuse. 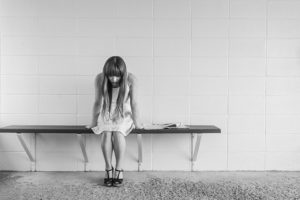 All of you are fabulous on the scale like knowledge and civilization. I am a fan of the great knowledge and gentle nature of many different people of you. Women of different backgrounds are expressing themselves with full confidence, it was not possible without your contribution.

Thanks to giving us a safe and stimulating environment

I would like to thank nature that made men. You are a very precious creation made of the male nature of nature. The art of concealing soft heart behind your hard cover is only known to you as a man.

There are not many things about you, nor do you read much about your beauty, perhaps the main reason is that the words that show the beauty and strength together in our literature have not been made.

Thank you for being yours and to make us feel like ours.